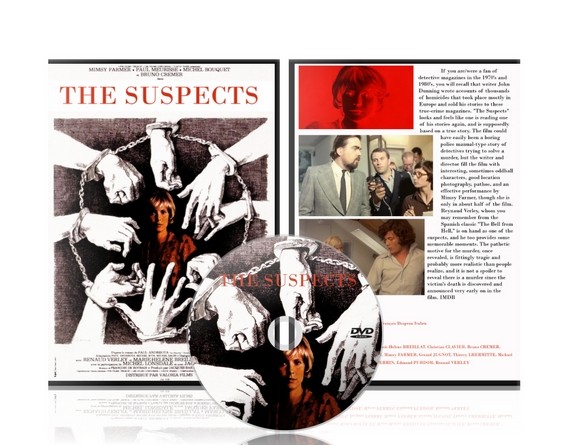 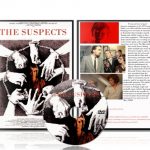 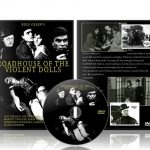 Roadhouse of the Violent Dolls 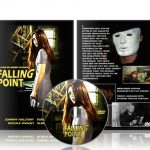 Mimsy Falmer shines in this police thriller from Michel Wyn. An American girl is found murdered and the police try and piece together what happened.

Mimsy Falmer shines in this police thriller from Michel Wyn. An American girl is found murdered and the police try and piece together what happened.
If you are/were a fan of detective magazines in the 1970’s and 1980’s, you will recall that writer John Dunning wrote accounts of thousands of homicides that took place mostly in Europe and sold his stories to these true-crime magazines. “The Suspects” looks and feels like one is reading one of his stories again, and is supposedly based on a true story. The film could have easily been a boring police manual-type story of detectives trying to solve a murder, but the writer and director fill the film with interesting, sometimes oddball characters, good location photography, pathos, and an effective performance by Mimsy Farmer, though she is only in about half of the film. Reynaud Verley, whom you may remember from the Spanish classic “The Bell from Hell,” is on hand as one of the suspects, and he too provides some memorable moments. The pathetic motive for the murder, once revealed, is fittingly tragic and probably more realistic than people realize, and it is not a spoiler to reveal there is a murder since the victim’s death is discovered and announced very early on in the film. IMDB